We Were Estonian Soldiers

We Were Estonian Soldiers

The harrowing stories of how five Estonian officers survived World War II. They were classmates at the Estonian Military Technical Academy in 1940 when the Soviet Union sent its forces into Estonia. After the Estonian military was integrated into the Red Army, these officers managed to desert from Russian ranks. Some ended up in POW camps; some were immediately integrated into the German army. Lt. Victor Orav weighed a mere 88 lbs when released from prison camp. Lt. Hugo Kubja deserted and survived in the forests of Estonia. Lt. Edgar Reiksaar was captured after deserting from the Red Army but survived his execution. Lt. Johannes Jaagus was tormented by communist spies and “death angels”. Lt. August Vohma saw continuous action and was rapidly promoted to major.

Mart Laar, former Estonian Prime Minister and Minister of Defense: “Even though they wore Russian and German uniforms, these men were vehemently against communism and fascism – their goal was simply to regain the independence of Estonia. Some of the stories are simply fantastic. If one did not know that it is impossible to dream up such wild tales one would think them being simply unbelievable. They were true Estonian soldiers.”

Estonian Prime Minister Ansip extended his gratitude to members of Estonia’s defense forces who served on missions abroad by giving each soldier a copy of the book WE WERE ESTONIAN SOLDIERS. He stated: “We all know that freedom does not come for free. Sometimes we have to pay for it with the most valuable thing we have – our lives –, but we have to stand up for it every day and every hour, because if we do not take care of our nation’s freedom, it may easily disappear.” http://valitsus.ee/en/government/59132/ ... lf-of-aden

Tiiu Kera, Major General, US Air Force (Retired): “Those who live in countries safe from hostile invaders cannot imagine the terror of such occupation. Thank you for the stories of men who survived with integrity, compassion, and devotion to freedom.”

Estonian World Review: “The fate of the Estonian soldier during the turmoil of World War II was so tragic and oppressive that it could be compared to a sad soldier’s song. The individual verses told their sad tales but the refrain was always the same: Stay free, Estonian waters; stay free, Estonian soil! But we are not satisfied by just listening to the refrain and want to hear the individual verses. Only by attentively listening to these, will we be able to perceive the pain and injustice suffered. One individual’s awful fate is a tragedy, the fate of thousands just a statistic.” 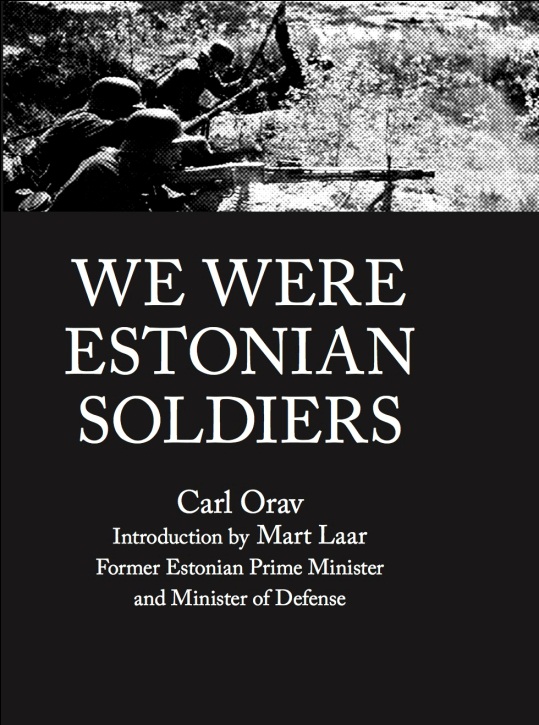 Re: We Were Estonian Soldiers

Sweet! Looking forward to read your book.
I'm still in the process of writing my book about the Waffen SS and I'm still looking for some good stories of Estonian heroes.